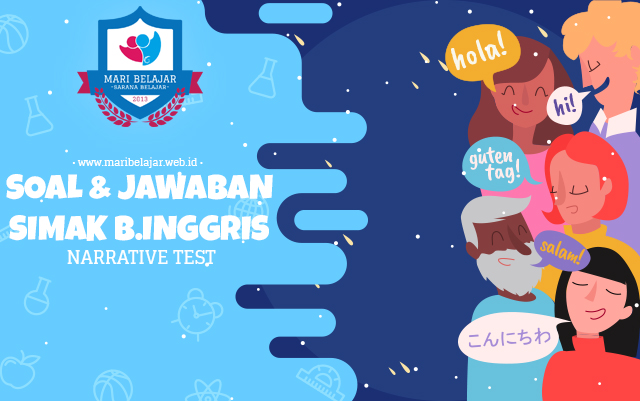 The following text is for questions 1 to 3.

One day a couple of good friends, a donkey and a rabbit, went to look for some food. On their way, they found an unattended watermelon field.
The donkey recklessly entered the field and ate the watermelons one after another to his heart’s content. With a merry smile, he said that he would sing to celebrate. The rabbit told him not to, or else he would wake up the farmer.
Ignoring the rabbit, the donkey kept singing, even louder. Seeing the donkey’s unstoppable action, the rabbit took a watermelon and left the field. At last, the farmer heard the donkey singing and woke up to check his field.
Tiptoeing, the farmer hit the donkey on the head and tied him to a near tree near the field. The rabbit witnessed what happen. After the farmer was gone, the rabbit sneaked into the field and untied the donkey. The donkey finally knew that he acted foolishly and he thanked his friend.

1. What is the story about?
A. A foolish donkey.
B. A careless donkey.
C. A donkey and a rabbit.
D. A couple of good friends.

2. What is the characteristic of the donkey?
A. Smart.
B. Careless.
C. Foolish.
D. Careful.

Beranda
Give us your opinion